Professor Schlesinger has held a variety of academic posts in the UK and visiting chairs and fellowships in France, Italy, Spain and Switzerland. He joined the Advisory Committee for Scotland as a Member on its formation in 2004 and was Chairman from 2009-2014.  He has previously served on the Boards of Scottish Screen and of TRC Media and was formerly a member of the Research and Knowledge Transfer Committee of the Scottish Funding Council. Alongside academic research work funded by the AHRC, ESRC and European Commission, he has led a range of consultancy and research projects, amongst others for the UK Government’s Know How Fund, the Broadcasting Standards Commission, the European Institute for the Media, the Home Office, the Scottish Parliament, the Scottish Arts Council and Creative Scotland. He is currently working on various studies of the ‘creative economy’ and cultural institutions with new projects underway on British film policy as well as on Europe and cultural crisis. 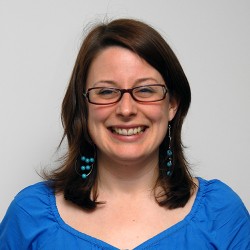 Senior Lecturer in History, the University of Dundee; former Lecturer at Glasgow Caledonian University from 2006 to 2013; an Associate Director of the Centre for Scottish Culture

Dr Annie Tindley completed her PhD (2006) in Scottish History at the University of Edinburgh, focusing her research on the modern history of the Scottish Highlands and Islands. Her particular research interest has been in landed estates and their aristocratic owners and management, especially when faced with the challenges of land reform from the 1870s.  She has also worked on a number of collaborative projects with scientists, water engineers, practising doctors and design specialists, looking at areas as diverse as the impact of river morphology on social history and the history of healthcare provision in the Highlands. Her current major research project is to examine the imperial dimension of Scottish and Irish landed aristocrats, their estate management, responses to land reform and the nature of imperial governance, through the life and career of Lord Dufferin and Ava. She maintains side interests in great dogs and horses of the past and the history of the steam plough.

Educated at Edinburgh University, Michael Russell was previously a Regional Member of the Scottish Parliament representing the South of Scotland, serving from 1999-2003 and from 2007-2011. Before entering the Scottish Parliament, he worked in a variety of media sectors including television, has been a national newspaper and magazine columnist,  and has written seven books, including one novel.  He continues to be active culturally; In 1980, whilst working in the Western Isles, he founded the Celtic Film and TV Festival, which subsequently became the Celtic Media Festival, which celebrated its 36th consecutive event in Inverness in April 2015.

From 1994 to 1999, he was Chief Executive of the Scottish National Party, having first been an SNP Candidate and Senior Office Bearer  of the party in 1987. He ran Alex Salmond’s successful leadership campaign in 1990.When the SNP entered Government in 2007 he became Minister for Environment, and was subsequently Minister for Culture, External Affairs and the Constitution, before becoming Cabinet Secretary for Education and Lifelong Learning in December 2009, a post he held until November 2014.

Marion Kenny is a charismatic live performer, highly regarded multi-instrumentalist, master storyteller and inspirational trainer living in Edinburgh. She is artistic director and producer of Voices in Scotland, a project which features musicians and storytellers from around the world who live and practice their art in Scotland. Voices in Scotland has had sell out shows at Celtic Connections, Scottish International storytelling festival and Commonwealth day celebrations at City Halls in Glasgow. This project, and her other research, is funded by Creative Scotland.

Director of Strategy, Creative Scotland; former Director of Grants for the Arts at Arts Council England

Philip is responsible for strategic planning and partner relationships, and also oversees work on Place Partnerships, Creative Place Awards and Capital Funding. He works with Scottish Government, Local Authorities, development agencies, and other partners to help maximise Creative Scotland’s impactful role as a funder, development agency, and advocate for the arts, screen and creative industries.

During his time at Arts Council England, Philip was leading on the strategic and operational management the Arts Council’s open access lottery investment. He led the design and implementation of the Arts Council’s national investment centre, and developed strategic funding programmes for regional museums, libraries, and arts touring. Prior to working with Arts Council England, Philip had an extensive career in the theatre. Starting as a stage manager he moved on to be a production manager, and then producer in both the commercial and subsidised theatre sectors, touring major theatre productions around the country.

Having begun work as a trainee auditor, Noel joined Historic Scotland in 1980, where he undertook various specialist roles including the designation of archaeological sites and the management of the excavation programme. An interest in public policy led to secondment to the Health Department in 1987-89. A further secondment saw him spend 2004 in Strasbourg with the Council of Europe, leading the drafting process for a new cultural heritage convention. He transferred permanently to a policy role in 2012, moving to Scottish Government to lead work on new historic environment legislation.

With a first degree in Geography (Aberdeen) and a PhD (Glasgow) in Archaeology (which used statistical methods to study prehistoric settlement choices) his career has been built upon skills acquired during his university studies and also during his working life.

Terry has worked in the Scottish Parliament since 2000, holding a variety of roles, for example: researcher in the Sctish Parliament’s information centre (SPICe); clerk to various committees, including the Education and Culture Committee; and, for one year, the Scottish Parliament’s Brussels officer, where he scoped out the logistics of establishing a permanent EU office. Before joining the Parliament, he worked as a radio journalist for the (coincidentally) now defunct Scot FM. He holds a post-graduate degree in journalism and a degree in politics so his career path has accurately followed his academic choices.

Director of Policy, Research and Development at Glasgow Life

Mark O’Neill has been Director of Policy & Research for Glasgow Life, the charity which delivers arts, museums, libraries and sports services for the City of Glasgow, since 2009.  Previously he worked in museums in Glasgow, having moved there from Ireland in 1985. His first project was setting up, in one of the city’s poorest areas, a community museum which became a UK model of best practice. After joining the City museums in 1990 he led a number of award-winning projects including: the Open Museum (outreach service); the UK’s only museum of world religions; the UK’s largest publicly accessible museum store; the refurbishment of Kelvingrove Art Gallery and Museum; and master-planning the Riverside Museum – European Museum of the Year 2012.  These projects aimed to combine international quality, staff expertise and extensive research into the interests of visitors and non-visitors.  He is particular interested in people’s motivations to take part in cultural and physical activities and the physical and mental health benefits of cultural participation. He has lectured and published on museum theory and practice and on culture, urban regeneration and health. He also serves on the Advisory Board for Cultural Base, the Social Platform on Cultural Heritage and European Identities.

Jane Donald joined the marketing team at the Glasgow Royal Concert Hall. Starting as Marketing Assistant in 1998, she gradually progressed through Media Relations Officer to Marketing Manager and then in 2006 to Head of Sales and Marketing. From 2006 to 2010, she had responsibility for leading the teams delivering marketing, sales, media relations, sponsorship and education. The projects she has contributed to have included the regeneration strategy for the City Halls and Old Fruitmarket, the introduction of a new, integrated and improved sales system for the venues and audience development initiatives for the Celtic Connections festival. An elected member of the Board of the Arts Marketing Association, Jane has both professional and academic interests in the theory and practice of arts management.

Founder and Executive Director of the Centre for Cultural Relations, University of Edinburgh

Stuart MacDonald joined the University of Edinburgh in 2012 after a career as a senior civil servant in both the UK and Scottish Governments in departments including the Cabinet Office, Department of National Heritage, the Scottish Education Department and the Home Office. He has also worked for a leading American NGO in Tunisia following the Arab Spring, and for the then Scottish Arts Council as Head of Arts and International Strategy.

His expertise and experience are in domestic and international public policy and administration. This includes many years leading, implementing and evaluating international cultural relations strategies, policies and programmes. This involved work in a wide range of countries including the USA, China, France and with international structures including the EU and UNESCO. Stuart is a graduate of the University of Edinburgh (Fine Art) and has extensive board level experience in arts organisations in London and Scotland.

We are the world's first national graduate school in the Arts & Humanities. Our membership includes sixteen Scottish universities, from the oldest to the newest & including our four art schools & national conservatoire. We cover Scotland’s geography from the Highlands & Islands to the Scottish Borders, & we work with a wide range of supporters from the arts, culture, creative & heritage sectors. We incorporate the AHRC-funded Doctoral Training Partnership Scotland.